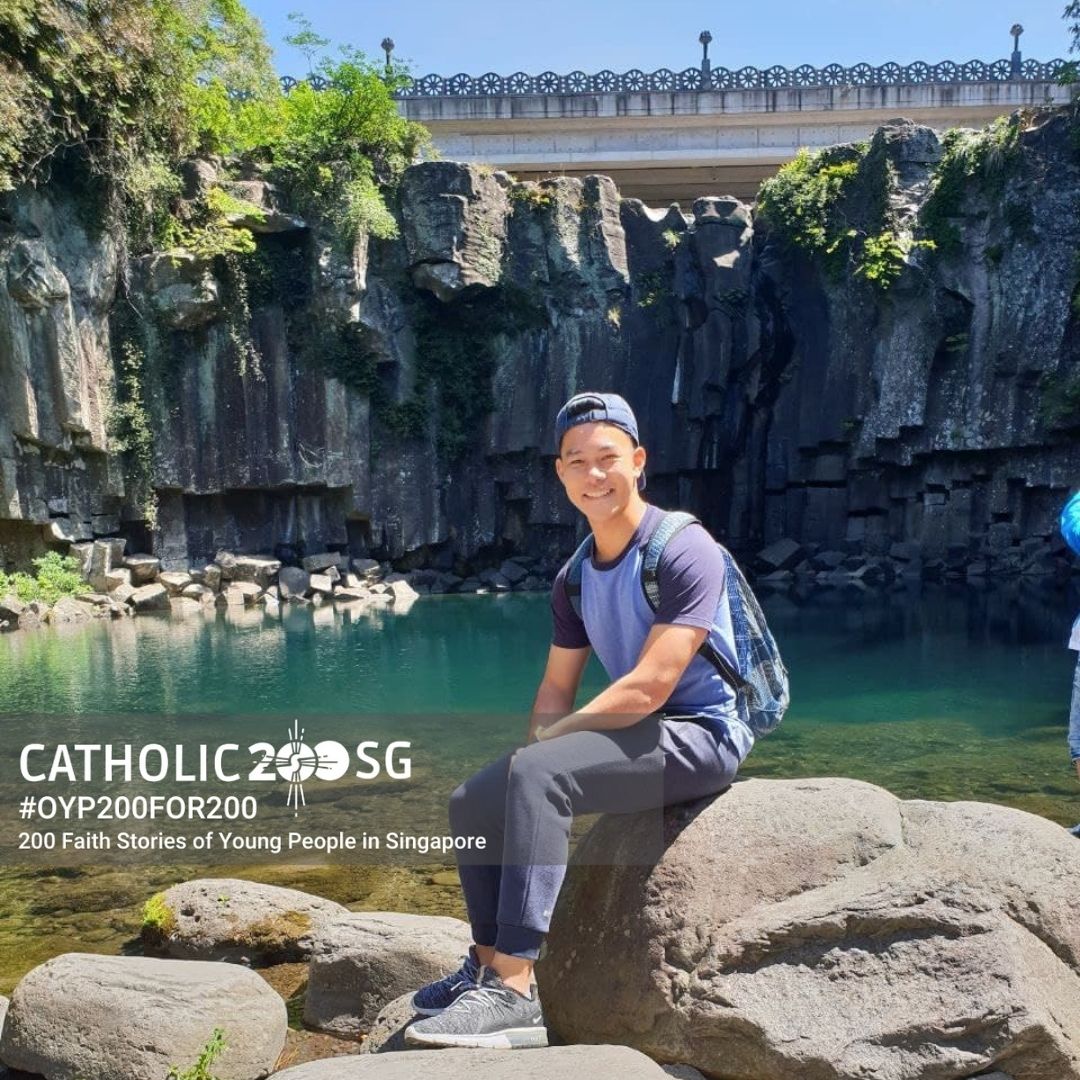 Peace be with you, my friend! My name is Benjamin Liow. I’m in Year 2 of Law school at SMU, and I go to the Church of St. Mary of the Angels. Today, I want to share with you my testimony of getting to know Jesus Christ.

Up until the first year of university, I was just a “Sunday Catholic”; I was someone who only went to church out of routine (because of my family), and God only had that one-hour slot in my life every week. I gave the highest priority to the things which the world told me were important. In my first year at SMU Law, I put in an extreme number of hours studying for my law exams because I craved the attention, admiration and validation of others.

As a result of my unhealthy obsession over my studies and of what others thought of me, I pushed God to the fringes, and I think I did not even consider Him a priority in my life. Although I did attend some sessions held by SMU’s Catholic Community (FIDES), I only did so when I had time and would skip them when project work and exams piled up. I only gave Jesus my leftover time and did not have a relationship with Him. My life, filled with material things of the world, felt very empty and I felt an inexplicable restlessness. I did well in my first year, but I did not experience the satisfaction which I believed would come with good results. 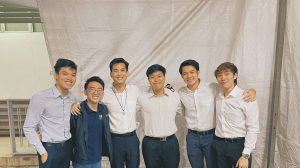 Benjamin (second from the right), together with his Fides CG*

During my summer holidays, some seniors in Fides asked me to sign up for a retreat organized by the Office for Young People called School of Christian Leadership (SOCL). However, I was very reluctant to sign up. I intended to skip it because I couldn’t imagine myself doing a 10-day online retreat (due to Covid-19). However, I eventually signed up on the night of the deadline after being prompted repeatedly by these seniors. I carried so much doubt into SOCL; I did not expect to be able to feel God’s presence online, and I didn’t think that I was ‘qualified’ to attend a school on Christian Leadership when I wasn’t even a follower.

However, time and time again throughout SOCL, God revealed the magnitude of his overwhelming desire for me to come back into a relationship with Him. During worship on one of the days, a song called Alabaster Heart was played. I was deeply moved by the lyrics of the second verse, which goes:

“There it is, your alabaster cross

Giving all You are for all I’m not

At that moment, I could not help but feel the waves of immense love that Jesus has for us crashing over me. I realised that even though I was a sinner, God’s agape unconditional love for each and everyone of us meant that our sins had already been forgiven, and that the loving Father was just waiting for the moment that we appeared on the horizon, to come recklessly running towards us to embrace and be reunited.

For the first time in a very long while, I realised that my life had taken on a meaningful purpose, a purpose that was worth living for. Matthew 6:33 says, “seek ye first the kingdom of God and his righteousness, and all these things will be given unto you.” It was as if all else fell away, and my perspective of life had shifted from treating Christ as a part of my life, to treating Him as the center. Indeed, it was the first time in a long while that my restless heart was at peace, finding its rest in the Father.

As I look back at SOCL now, I realise that the best part about it was that it was only the beginning of a long journey of getting to know God again. The journey, which is continuing even now, continues to be riddled with roadblocks and obstacles; however, I know that Jesus is by my side in all that I do, and that has made all the difference. Indeed, as I seek the kingdom of God daily, the Lord has shown me that pursuing Him is always the best decision, and that there will be no regrets in doing so. For all other things have been given unto me; not wealth, good grades or popularity, but meaning, love and an invaluable, uncountable treasure that is a relationship with Jesus.

My dear friend, God calls out to you just as He did to me. He longs for you to return to His house, and the best thing is that He does not care what state or condition you are in. No matter where you are, or what you have done, God forgives, and His mercy is far greater than you can ever imagine. He is pacing every day, waiting for you to come back to Him. The only question that you have to answer is: will you take those steps to re-enter into His love?

*Photo taken in compliance with the relevant MOH guidelines