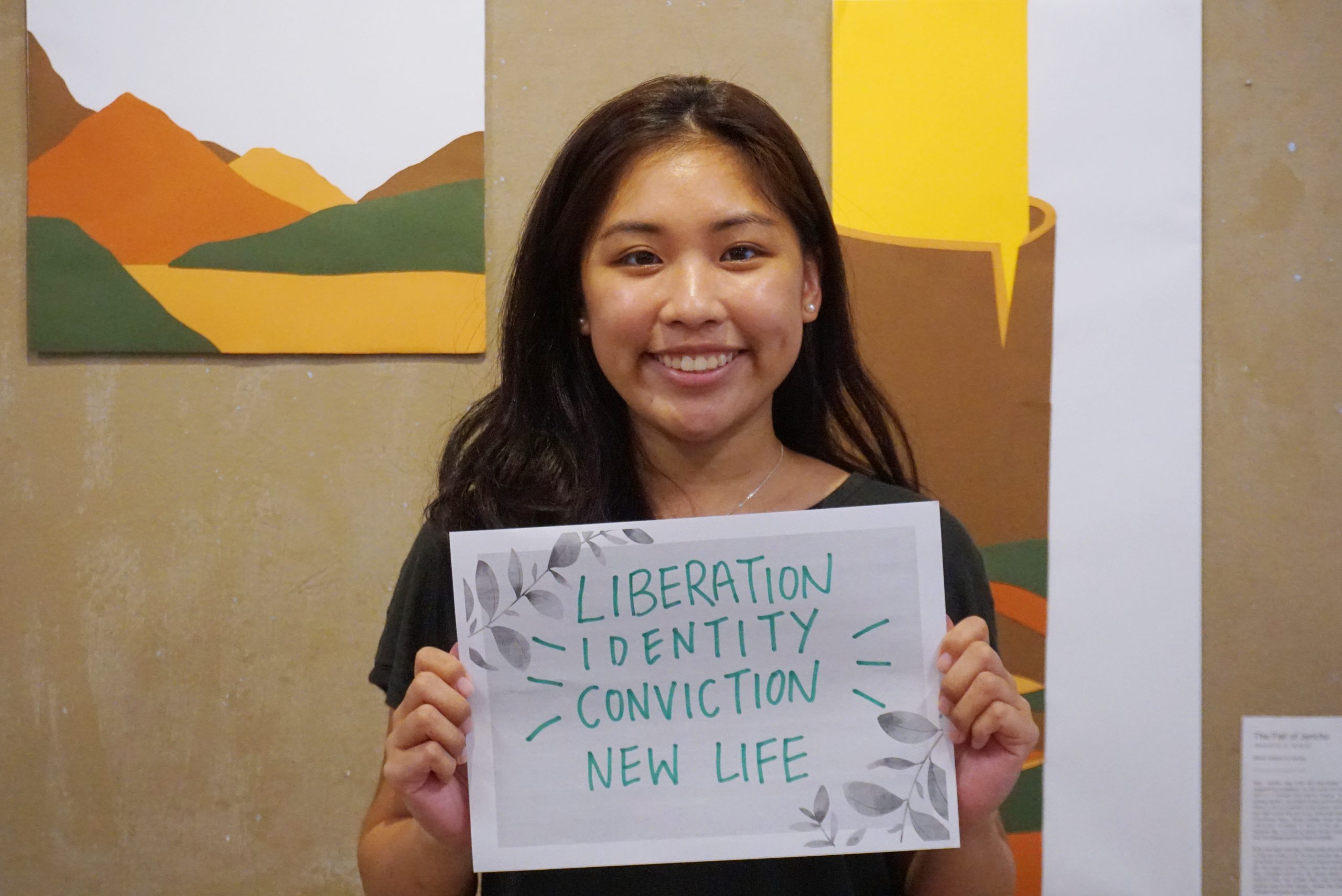 My name is Michelle and I am 26 years old. I grew up in a Catholic family of five; made up of  my mother, and three elder brothers. While I was growing up, I was filled with many ambitions, hopes and big dreams about how my life would be. I excelled in my studies, sports, friendships and had a tight-knit family. Everything that I ever wanted as a kid, I got. However, things started to change when my parents separated and my mom became the sole breadwinner of the family. At the same time, the people that I loved dearly suddenly drifted away from me without a word. That caused me to spiral into a lifelong journey and vow of proving to the world that I am worthy of being loved and seen. It did not help that in my family, we always pointed out the ways in which we did not measure up. I came to believe that in order for people to stay in my life, I could not show any brokenness. I had to be whomever they wanted me to be. Looking back, I excelled and strived to work hard in school and even took pride in being a perfectionist. I rationalized the many broken parts of my life and lived in shame and fear.

I strove hard to be on top of things out of the fear that I would be forgotten, a disappointment, and a failure. I always lived under the belief that I was either too little or too much at the same time; which left me feeling trapped, empty, tired, and drained. This slowly affected my prayer life as well. Every personal prayer time became a time where I had to prove to the Lord that I was putting in the effort – that I was doing my part to show Him that I was worthy of being heard by showing up, and that I was a good Catholic girl. You see, my need to be a perfectionist was not out of excellence for the Lord but out of self-rejection, self-condemnation and a deep sense of fear that I’d be abandoned if I was not able to prove and to earn my worth. Whenever something was being assigned to me and the feedback was good, there were always negative scripts in my mind pointing out the flaws, how I could improve and do better. There was never a day where I was finally satisfied and felt that I was good enough for anything or anyone. I did not believe that God the Father was a good good Father that would want great things for me. I had this distorted image that He was a distant Father that only gave me what was left over. I also felt very undeserving of good things because of many experiences with close friends that made me feel that by having good things, I was depriving somebody else of them, and that it would result in them abandoning me.

Coming into SOW, I felt very tired of running this race that I had placed myself in. It felt like I was a hamster trapped in a hamster wheel with no way of stopping. It was then where things slowed down. Being stripped away from my leadership roles and commitments, the Lord revealed to me that this addiction of perfectionism was one of the areas that He desired to heal and free me from. However, this could not happen without establishing a relationship with God the Father. Filled with a lot of pain and fears, the Lord reassured me through the healing sessions and waited upon my yes before He did the seemingly impossible. I remember the day the Lord broke me free from my chains of self-rejection, self-condemnation, and years of striving to finally be able to believe that I am truly enough. I felt a deep and gentle peace. I felt lighter and I recognised that my heart was finally at rest. The kind of rest that I had been searching for all my life. The need to prove that I am worthy, the need to be acknowledged and recognised by those around me no longer had a hold on me because now, I believe and am convicted that God the Father is holding me and says over me that it is good that I am here. My image of God the Father as one withholding great things from me was also restored. The Lord has shown me that He desires to restore all areas of my heart and not only the parts in my life that I know  needhealing. He is not a Father that sees me as a project to be fixed, but a child to be delighted in. 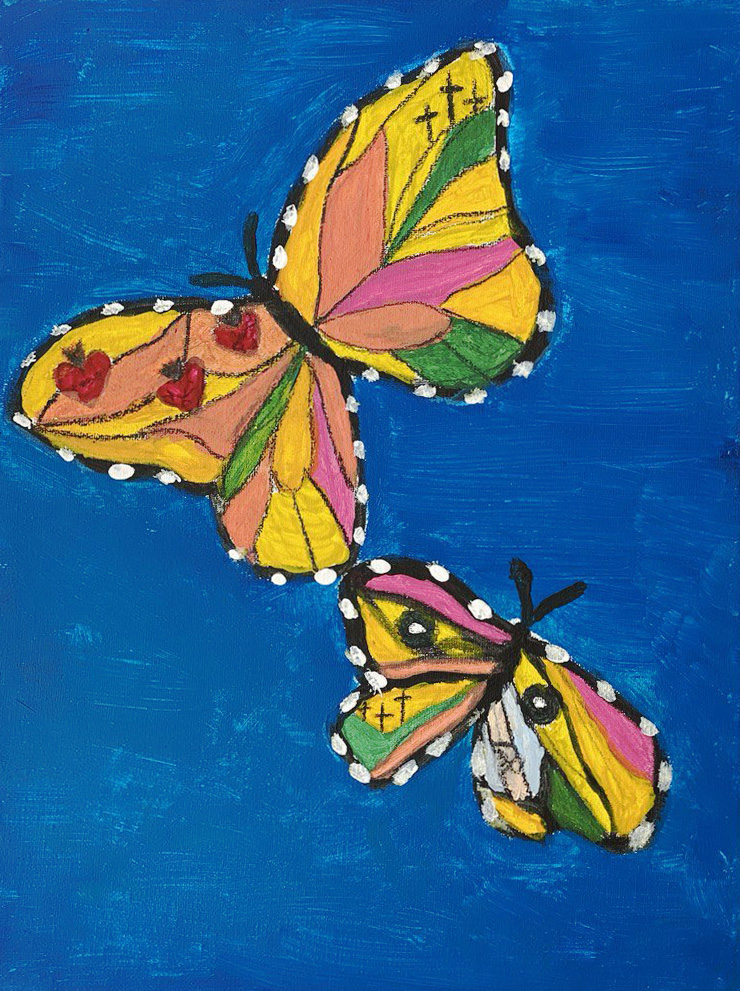 This encounter has shown and even proven to me that our Lord truly cares so much more for me than I do. This was the beginning of seeing things anew, as truly be-living (believing and living) as God’s Beloved Child. With new lenses and a new heart, I started to see the change that slowly unfolded within and before me. The negative scripts that kept telling me that I am not good enough and that I will never be enough, became softer and it became easier to to claim the truths and to run back to God. I no longer strive as a perfectionist, because I know that my identity truly comes from who God says who I am. I am not forsaken but chosen, and I am seen and held by the One that continues to break the chains that hold me captive. I can now boldly proclaim with conviction that God is a very present Father and provides for my every need. He is for me and not against me. Everything that He has in life for me is good, and He will never get tired of rescuing me out from the darkness, even if it’s the same battles again.

My testimony does not end here, but continues every day. This is just a testimony of more goodness, more healing and more of God’s love that’s to come in my life as I am still a work in progress. The lies and condemning scripts may still arise from time to time, but I now know who to run to, and whose voice to listen to. God desires freedom for you just as much as He desires it for me. Will you take that one step towards Him again? Because in the Lord there’s always more goodness waiting to be poured for you. Amen.