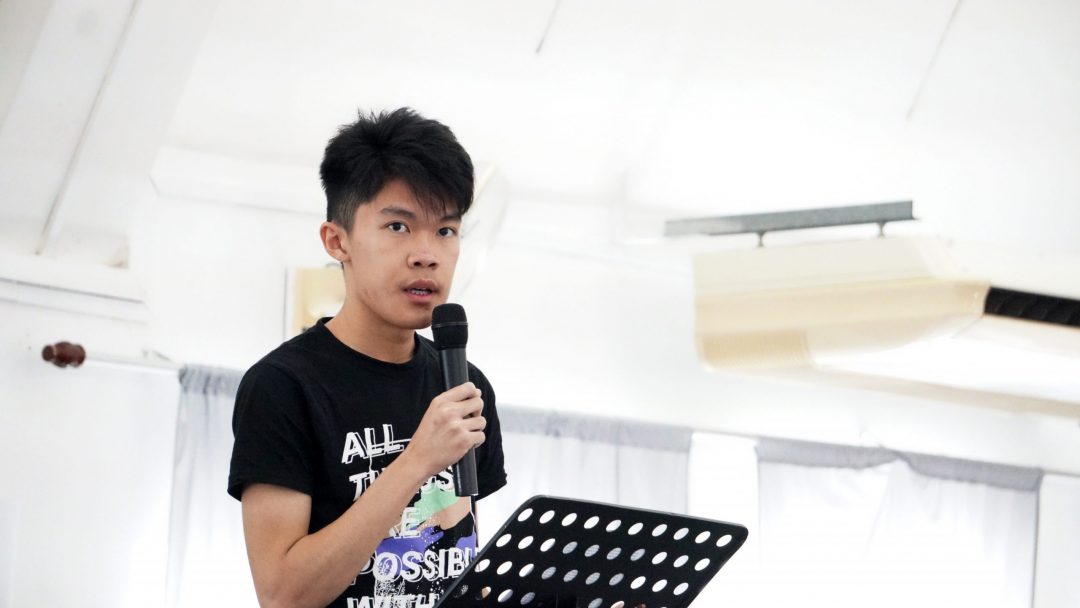 He Makes All Things New 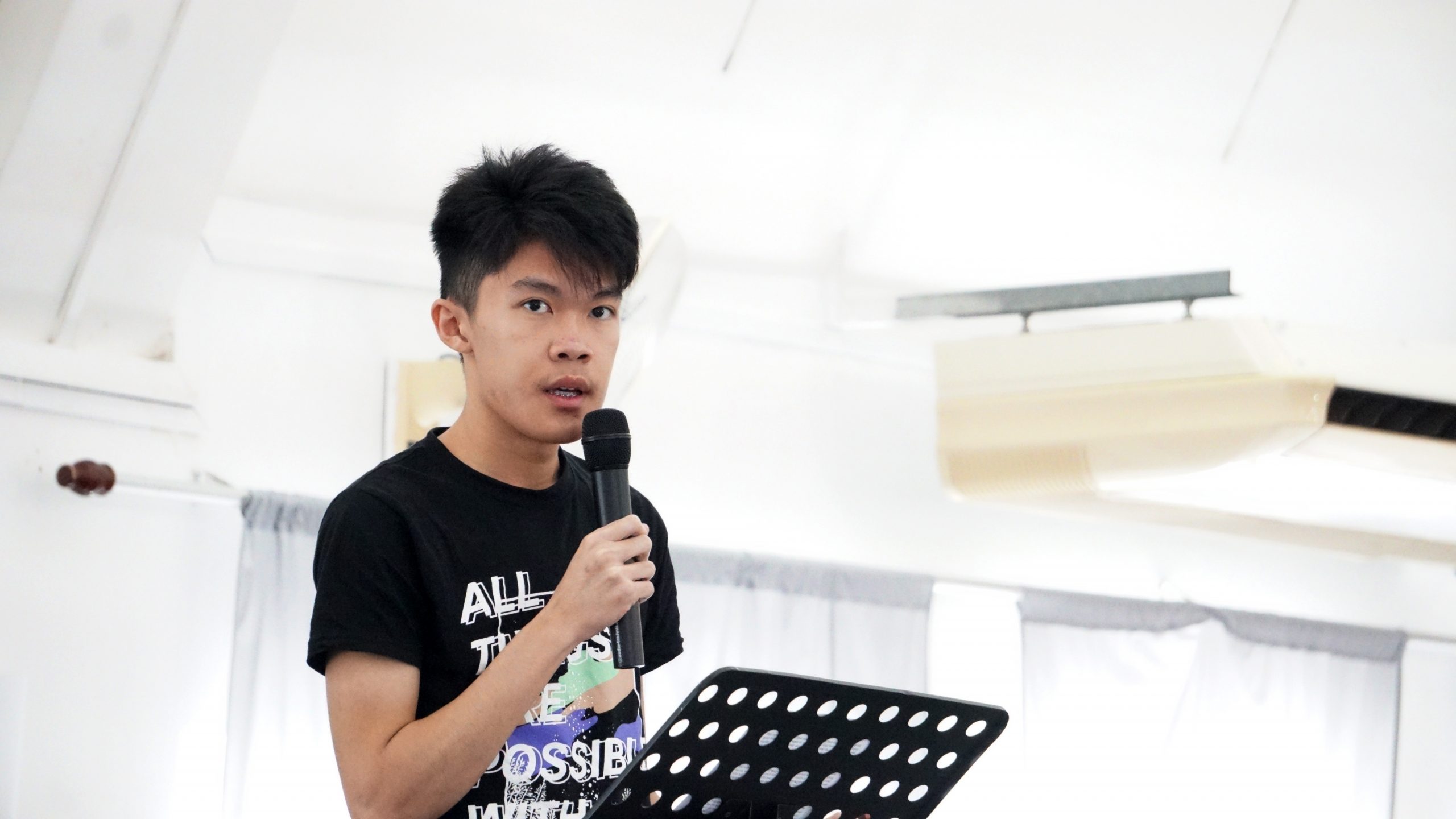 Before attending School of Witness (SOW), I was what people would term a Sunday Catholic. I attended Mass on Sundays simply to tick off a box on my mental checklist. The rest of the week was for me to lead my own life. God had no part to play. My image of God was that of a watchmaker, the Creator who had made me and then left me to fend for myself. I often felt alone on my faith journey without the support of a community. Having lost touch with most of my Catholic friends post-confirmation, I felt increasingly alienated in Church and took this as a sign that I had been forsaken by God. I often compared myself with my peers who knew far more than I did about Scripture. Others had encountered God in a real and tangible way that I had not. I told myself that I was not enough for God, that I was somehow loved less than all His other children. I felt like a damaged piece that had fallen off a shelf and been overlooked and forgotten about. Praying became a means for me to petition God for a particular outcome that I desired, or something that I turned to only as a last resort. The strength of my faith was often predicated on whether my prayers were answered in the way that I expected them to be.

Coming into SOW I was highly fearful, in particular, that I would not be welcome within the community. I feared that I would be looked down upon because of my lack of involvement in Church or ministry, and the lack of effort I had shown in growing my faith. I felt unworthy just being in the school, and this fear often held me back from wholeheartedly embracing any opportunities that came my way. Even as I tried to be open and participative, the voices in my head that I was an impostor and that I did not fit in, were incessant and difficult to fight off. The guilt and shame I felt about my past actions gave rise to a deep insecurity about my identity, and this meant I felt a constant need to prove myself, to prove that I merited my place in the school.

Yet God finds a way. Ezekiel 26 says, “I will give you a new heart and put a new spirit in you; I will remove from you your heart of stone and give you a heart of flesh”. The turning point for me came during the very first prayer ministry session in the school. As I walked up to the prayer team, I could feel the Holy Spirit prompting me to take courage in the Lord and to give an honest account of my struggles with my faith up to that point. By the grace of God, I decided to say “yes” to this prompting, and before I could second-guess myself, I poured my heart out to them; all my regret over my past mistakes, the hurts that had accumulated in my heart, the sin and addictions that I seemingly could not overcome, and the desire that I had to find out who this God of ours really was. It was the first time in a long time that I felt so free to come before the Lord with all of my brokenness and baggage and to feel accepted nonetheless. The Lord responded with images that will stick with me forever, such was their profundity in speaking to my heart. The first image was that of a cracked vase being made new with gold, as in the Japanese pottery art of kintsugi, and the second was an image of Jesus walking past a crowd of the popular kids in school and coming over to wash my feet. It was at this moment that all of the emotion that I had bottled up over the years came flooding out, and I broke down. For the first time, I felt seen by the Lord, and understood that He had been with me all this while. He knew me through and through, and understood me better than even those closest to me. His love for me truly knew no bounds. 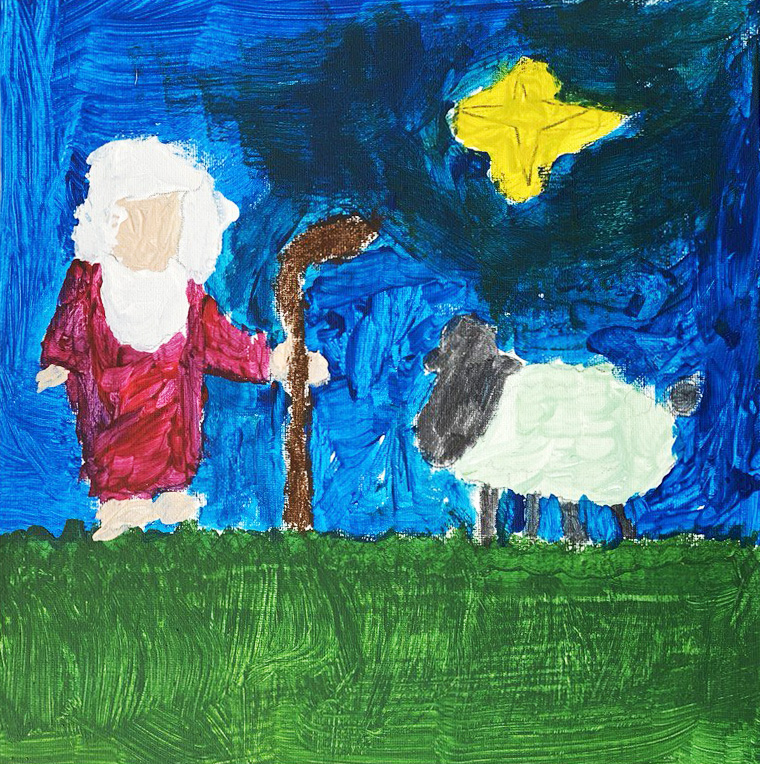 The Good Shepherd by Ryan

This experience of God’s love made me appreciate that God truly was my good, good Father. I slowly began to understand that God loved all of His children equally, that He had never stopped loving me, and that I had simply closed myself off to receiving His love for so many years of my life. God was not an absent Father, but one who had a strong desire to be involved in my life and the everyday decisions that I made, if only I surrendered control to Him.

Having come to know the Lord over the past weeks, I have developed a newfound conviction when speaking about the hand God has had in my life, a conviction that was never there before. I have come to recognise my presence at SOW as one of the few times in my life that I have submitted to God’s will over my own. I can confidently claim the truth that God called me to be here; that He has a unique plan for my life, and being at SOW is just one of the many good things He has in store for me. Every day, I am challenged to move in a new way, and I am encouraged to continue to grow in my willingness to move, and sensitivity to the Spirit. As I continue to open my heart to receiving God’s grace, the fruits of my faith have begun to show in my everyday actions. Where in the past I would have silenced myself out of my fear of saying the wrong thing, I now move in the faith that my words are not my own, but those of the Lord. This has helped me to let go of my anxiety or self-consciousness. In the process, I have re-discovered my own voice and learned to articulate my thoughts and emotions with confidence and clarity.

In particular, Jesus has transformed my prayer life. Today, prayer is a conversation with my beloved Father that I desire to start and end each day with. More than ever before, I experience God speaking to me and inviting me to move in faith. I approach each day with a newfound spirit of gratitude. I am learning to become more aware of His movements in my life and becoming more intentional in giving thanks for the love and goodness that He pours out into my life.  God says, “I make all things new.” Will you allow God to renew your relationship with Him?