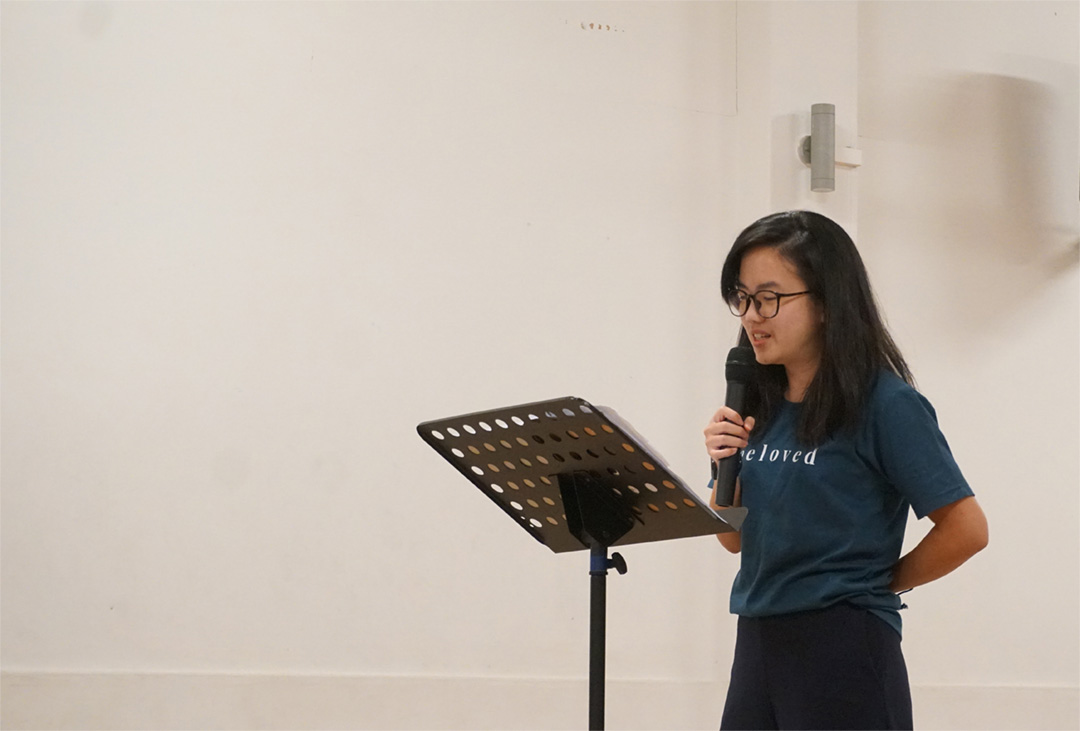 He Will Catch Me Should I Fall

Hi, I’m Isabel, and I recently graduated from university. Despite being a cradle Catholic, I only grew to encounter the Lord in my later teens. Last year, however, my faith was shaken. External structures and such as mass and adoration rooms, were cancelled and closed. I came to realise just how unstable my faith was. Despite the past 3 to 6 years of growing in my relationship with the Lord, I slipped back into comfortable ways as my environment evolved. I returned to being comfortable on my own, relying on myself and desiring control over my life. To me, I knew myself best and I questioned God’s presence in the things that were going on. While I initially struggled to bring myself to sign up for SOW, I eventually did, desiring to renew my hope in the Lord. As always, He had so much more in store for me.

I come from a family of five with an older sister, younger brother and my parents. I had a pleasant childhood and as the apparently more socially apt child, my parents regularly told me that I was the one they didn’t have to worry about. While I initially took great pride in being the independent one that could take care of myself both in and out of social situations, it was only during SOW that I came to realise how this statement had affected me. As a result, I felt like I was largely left to worry about myself, striving to do things on my own out of fear that no one would catch me if I fell. Since I was able to succeed socially and academically, my pride was boosted and I continued living life this way. Though this mentality slowly changed after I encountered the Lord, I started to question the Lord’s trustworthiness as things started to become more and more uncertain last year, and I returned to my old ways of grasping for control and striving.

During one of the sessions, I came to realise that my relationship with God greatly paralleled my lived reality of having to worry for myself and catch myself if I should fail. While I was able to relate to the Holy Spirit and Jesus, as my pal, I’d always struggled to allow myself to be loved and cared for by the Father Himself for fear that He wouldn’t show up. As we were invited to hug a proxy Father and allow him to wash our feet, fear paralysed me as thoughts ran through my head of potentially not liking being parented by God, to worrying about Him not showing up, or worse still, that He’d l show up and then leave. Knowing that I couldn’t silence these fears on my own, I was graced with the courage to call out to one of the staff for help. In my conversation with her, I knew I was in safe hands as she offered to walk with me towards the proxy father. It was something I didn’t expect. As I was held by the proxy father, he uttered the words, “you are in safe hands”,  and I knew they rang true. They were words I never knew I needed to hear, – bringing me a comfort I had long forgotten. 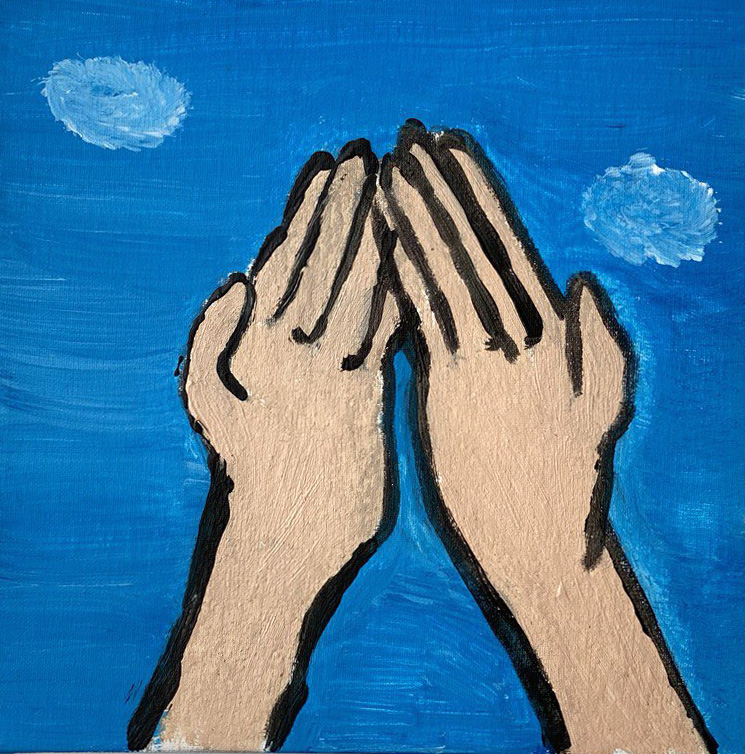 The Lord, however, didn’t stop there. A memory of a family conflict was brought up. It was a time when I felt (physically and emotionally) hurt and betrayed by those I love. I recalled there being a moment when I just wanted all the pain to end. As I brought this memory to a prayer team, the Lord came through once again and I recognise that I was not only held by them, but was held by the Lord Himself as I was gifted with an image of Jesus holding me back, allowing me to fall into His embrace even when I didn’t know He was there.

While it continued to prove difficult for me to place my trust in the Lord, each time I chose to take that step, I found myself caught and held in safe hands, by those around me and by God Himsel. I knew that the Lord was looking out for me. That He, of all people, cared for me and would never let go. Through these moments I came to understand just how merciful the Lord has been and continues to be. That even as I gave up on Him, He never gave up on me. On the contrary, He continued to pursue me in the gentlest of ways, saving me each and every day, slowly calling me back to Himself, patiently waiting for me to return my gaze to Him. Though it may still be a struggle to choose to trust God some days, I believe that these experiences have given me a taste of what it means to allow myself to fall into the arms of Grace and to live a life of fullness in Him. Through them, I am reminded of the One who first called me His. That He looks out for me as a Father does and walks beside me as a friend. There is no need to strive and rely on myself, because He cares for me and I am in safe hands even before I even fall. In Him, I know that even though I can do things on my own, I will always have the choice to do it with Him. I have faith in the promise that there is a much fuller life waiting for me if I choose it. Brothers and sisters, this choice is not just for me, but is available for you to make too. What will you choose? 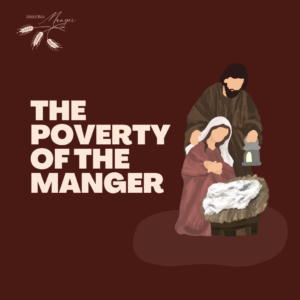 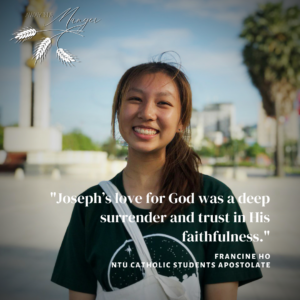 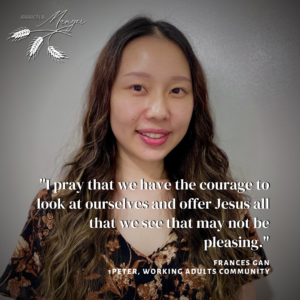 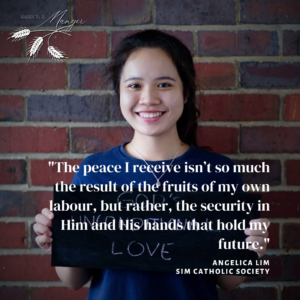 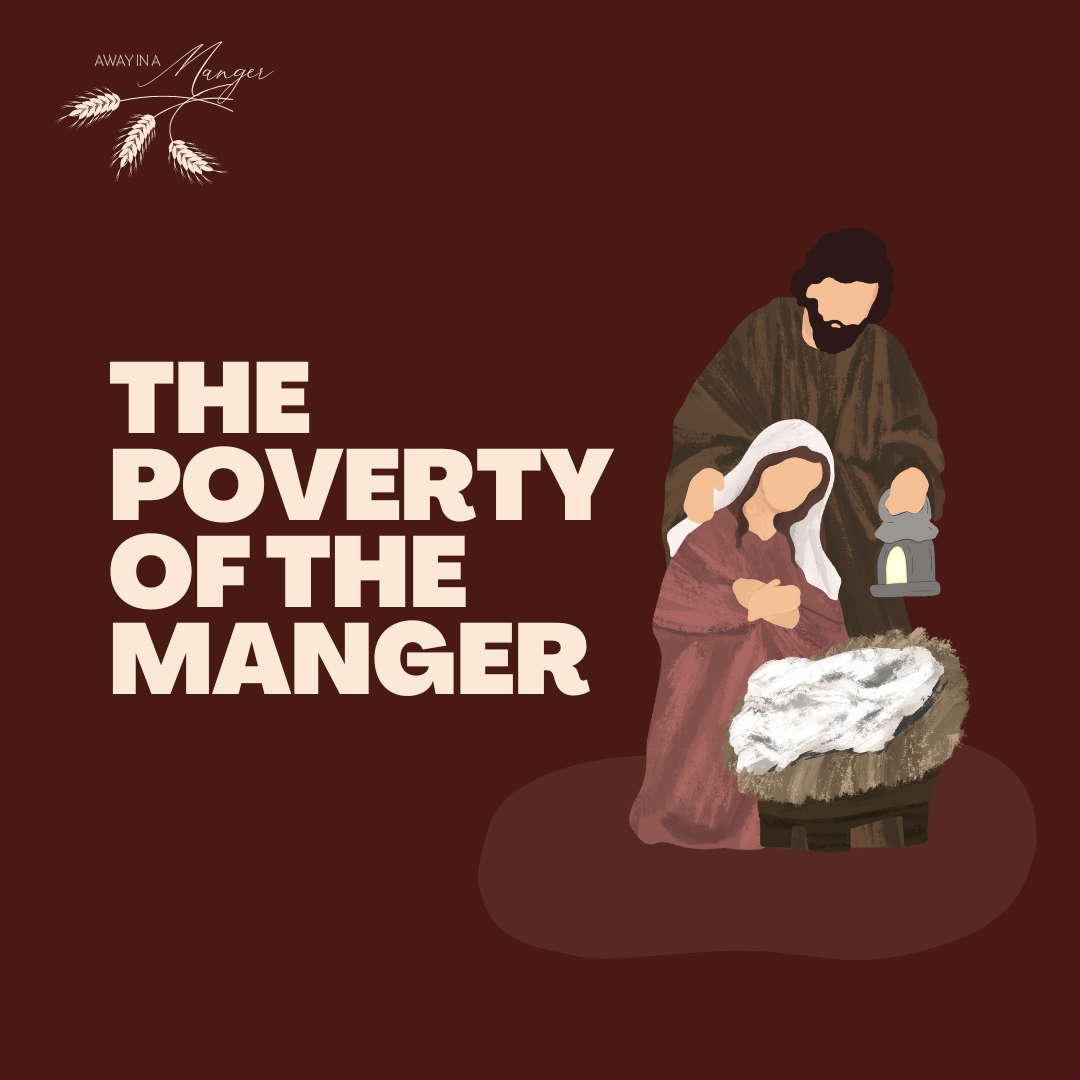 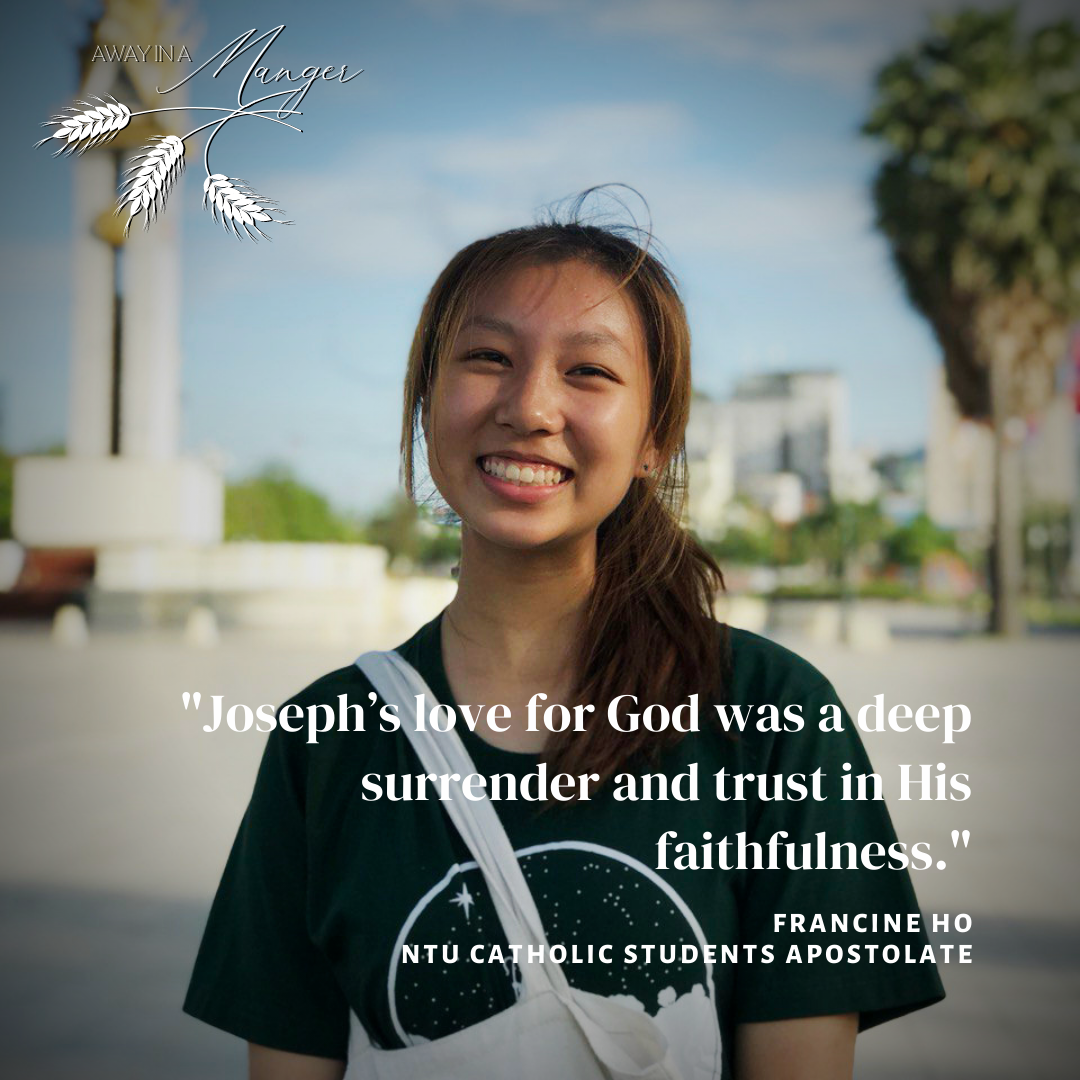 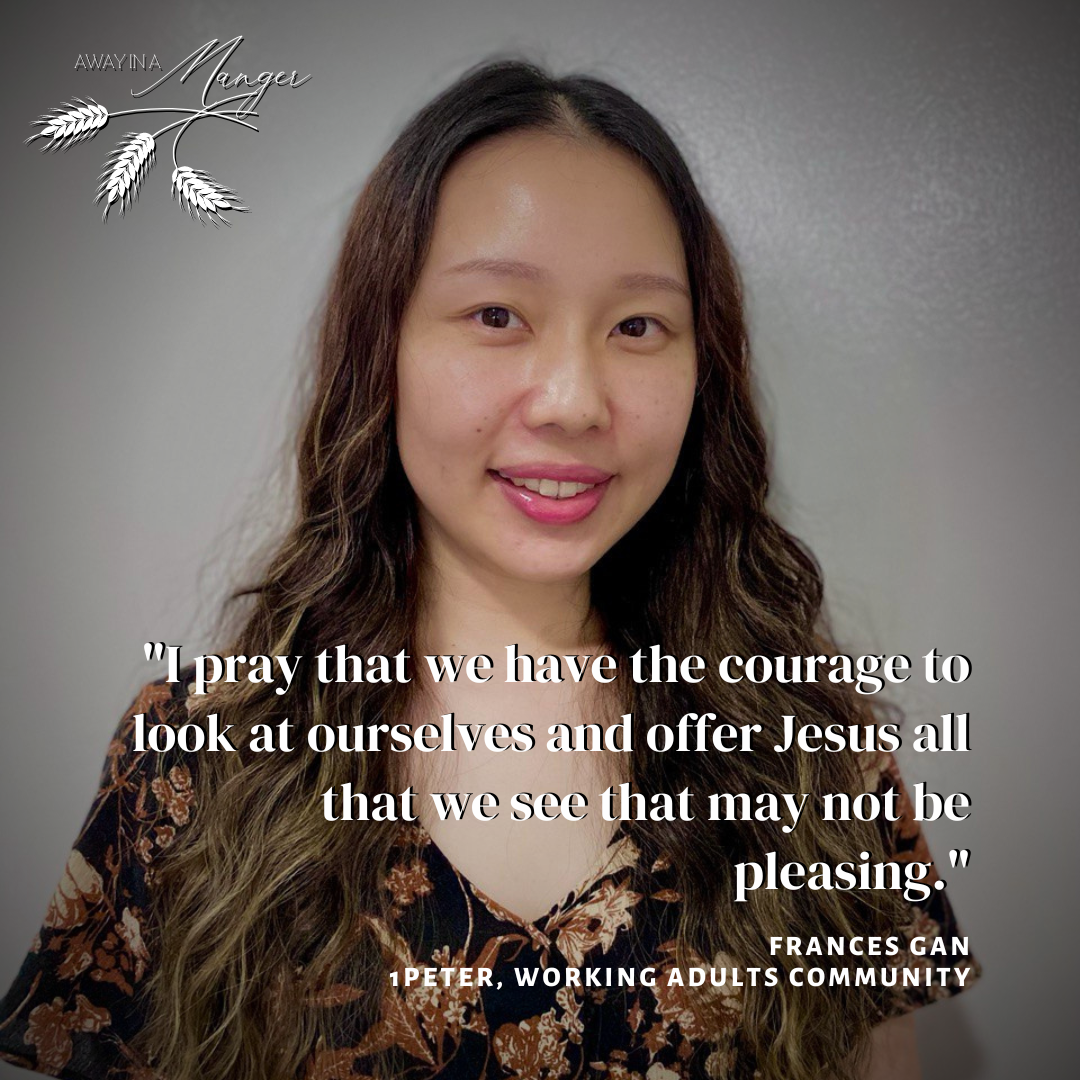