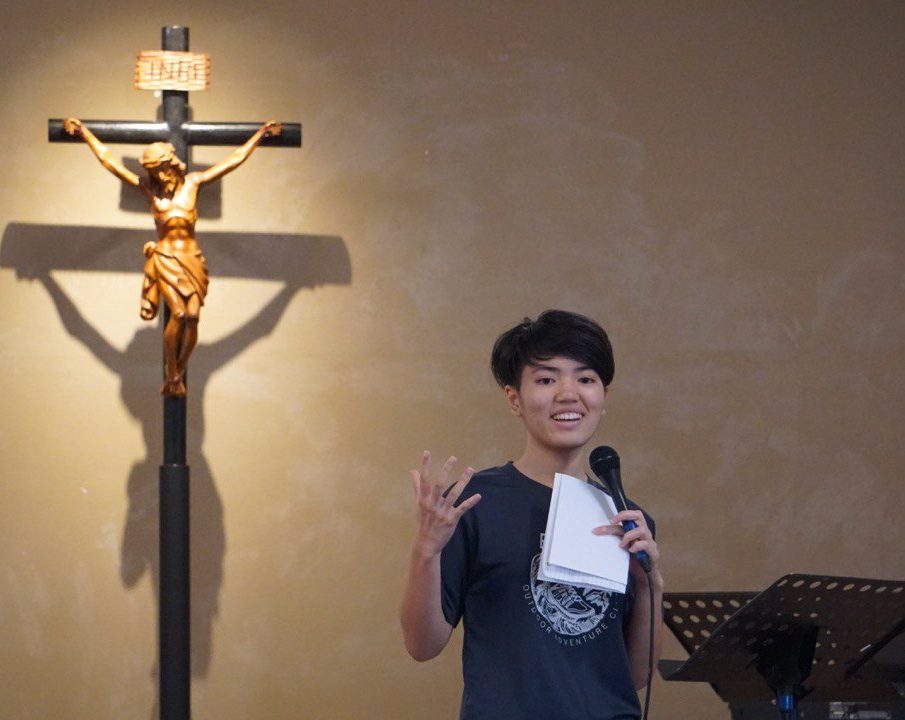 Thy Will Be Done

I come from a family of six, and I’ve been blessed with loving parents who are Christ-centered. As a kid, my parents would sign me up for extracurricular classes like ballet or swimming. I hated going for them, but I went as I thought this was expected of a good daughter. However, my younger sister fought her way out of attending them. But my parents affirmed me for being a good girl for going, so I continued to go. Yet, I was frustrated that I couldn’t be open with them.

As I grew up, this frustration continued due to expectations for my future career. I grew scared of the possibility of being stuck doing things I hated. As I voiced my frustrations, it led to many fights with my parents. I saw them as my direct opposers in life. This led me to become very defensive, bursting out at them easily. I hated that in each fight my parents would come out triumphant. These frustrations developed into a strong desire for power and control over other aspects of my life. As I went to Junior College, I grew distant from my family. I thought it was okay as the fights decreased. However, I still felt trapped and desired the freedom to make my own decisions. The decision to come to the School of Witness was something that I kept trying to fight, but I felt this prompting to go. And I’m so glad I did.

In the first few weeks of the School of Witness (SOW), I asked the Lord to show me my direction in life, and when He revealed a path I had never considered before; I began to panic. I felt scared and uneasy, and I wanted to run away. I realised that I was unwilling to surrender to God and His plans for my life, but I couldn’t understand why. It took me a long time to begin looking at the hurts from my family due to the guilt I felt from finding fault with the people I loved. But with the help of my sharing partner, I began to open up to the Lord.

I feared that surrendering to Him would mean sacrificing everything that I wanted; that I would be left with nothing for myself. But He reminded me that everything that brought me happiness is from Him, that if I followed Him I would be given all that I need and find far greater happiness. In my tears of frustration, I saw the image of Jesus praying in the Garden of Gethsemane. Jesus said, ‘Father, if you are willing, take this cup away from me. Nevertheless, let your will be done, not mine.’ From this passage, I’d came to understand the true beauty of surrendering to God. For even Jesus, the night before He was arrested, was filled with fear. Yet, He trusted the plans of the Lord and still died on the cross for us. How could I not surrender everything I have to God after all He has done for me?

Surrendering to the Lord isn’t easy, and I’m still a work in progress. I’m still learning to be open to the Lord and to make every decision with Him. The Lord continues to call me to give up more of my life to Him. When I find resist and want to run away, I remember the words that Jesus said, ‘Let your will be done, not mine.’ I know that the journey ahead may be tough, and at times I will feel like giving up, but it is love of Jesus which will propel me forward. I’m no longer fearful of the future, for I know it is secure in the Lord’s hands. It is only through Him that I will enjoy true freedom and happiness.

He’s opened my eyes to see the love behind my parents’ actions. Though they are flawed, and the way they love will be flawed, but they are expressing it the best they can. I’m learning not to see them as obstacles, but instead guiding lights trying to point me to the best path they know. My friends, the Lord has shown me His love and given me the strength to surrender to Him. Will you join me in following His plans?