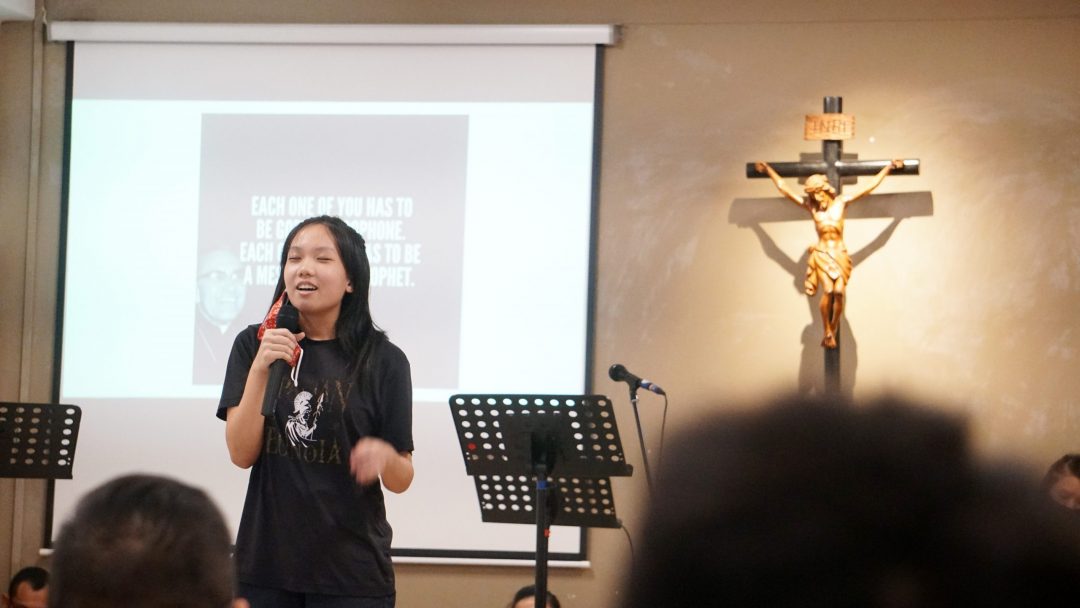 He Walks With Me Through My Battles 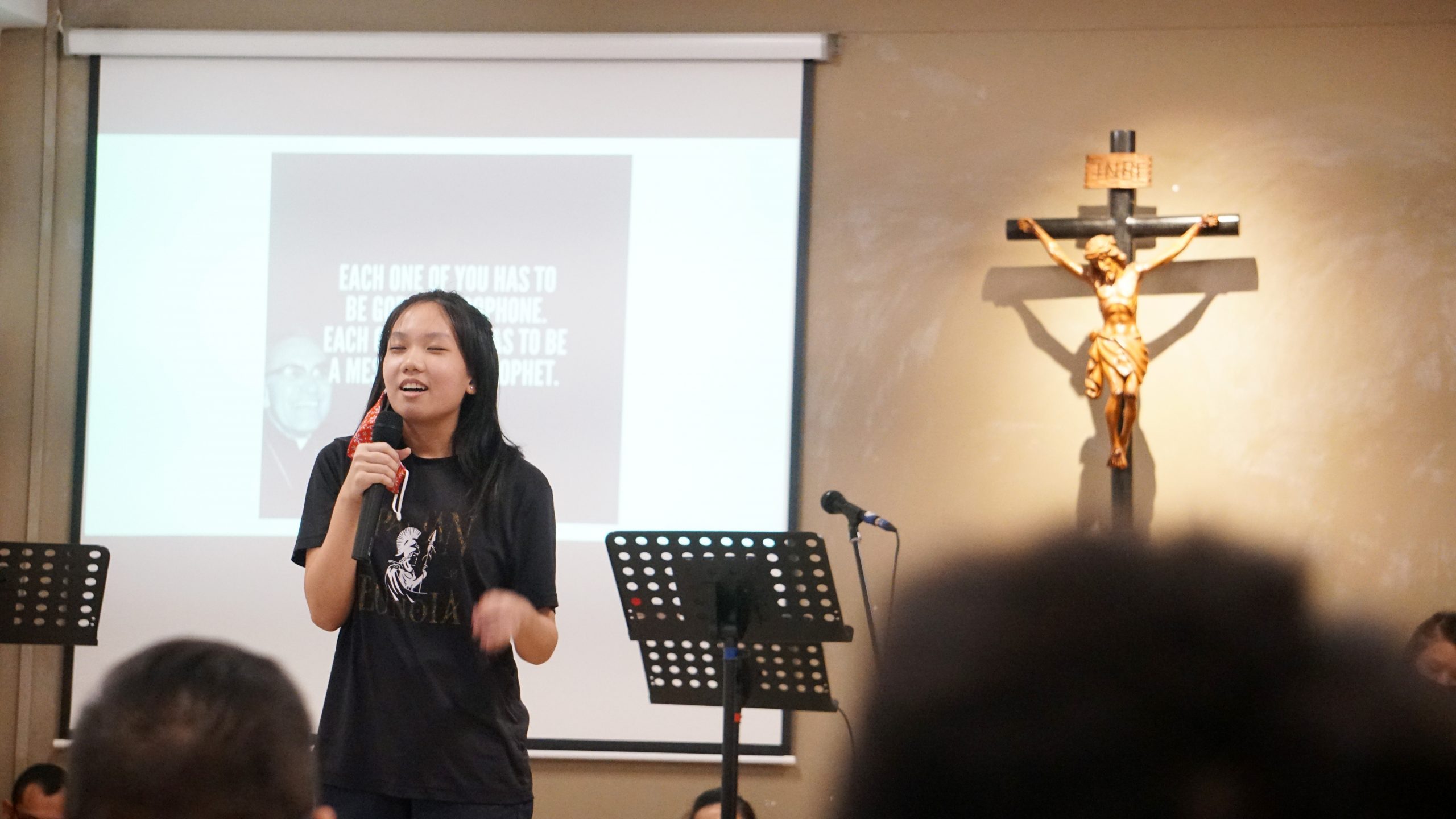 My name is Sophie and I just graduated from JC last year. Today, I want to share about how God’s love for me has changed my own perspective on my life.

Before coming to School of Witness (SOW), I struggled a lot with scrupulosity – I was very paranoid about sinning, and felt that if I sinned, God wouldn’t love me. Gradually, not wanting to sin became more of a duty out of fearing God instead of doing it out of love for Him.

I started instituting rules for myself to avoid sinning, and doing things that I thought would please God, but they gradually got more and more burdensome. Eventually, it got to a point where I felt that every thing or action I did was a sin in God’s eyes, and engaged in constant self-condemnation. Some days I felt like just erasing myself from existence just to get rid of the weight of sin. I felt like I could do nothing about it; despite my efforts, God didn’t think I was good enough and would shake His head at me in disapproval. To try and combat this issue, I tried to regulate myself even more in my actions and thoughts which just led to a never-ending vicious cycle of living in self-condemnation and a constant feeling of being trapped inside myself.

During one of the sessions in the school about the false images of God, it was revealed to me that I had this false image of God who would condemn me for every sin I committed. The session reassured me that God is not an angry judge of my sin, that He is forgiving and loves me despite my sins. However, the very next session, was on the topic of sin. The session speaker came in to talk to us about how sin pulls us away from God and strains our relationship with Him. While the session did help me realise that I had been listening to the lies of not being a good enough person for God and that whatever God tells me will actually be helpful and encouraging, it was still difficult to accept it in my heart. I started feeling stressed again; I felt like I was slipping back into my old ways of falling into sin, and that if I didn’t cut off my old ways immediately, I would disappoint God.

After the session, I went to the speaker to ask a few questions, and at the end, he told me that when you choose to follow God, He will give you an adventure in your life that you can never fathom. That really changed my own perspective of God’s love for me. I realised that instead of looking at avoiding sin as an obligation to God, I would try not to sin because He loves me as a Father and I do it out of love for Him too. 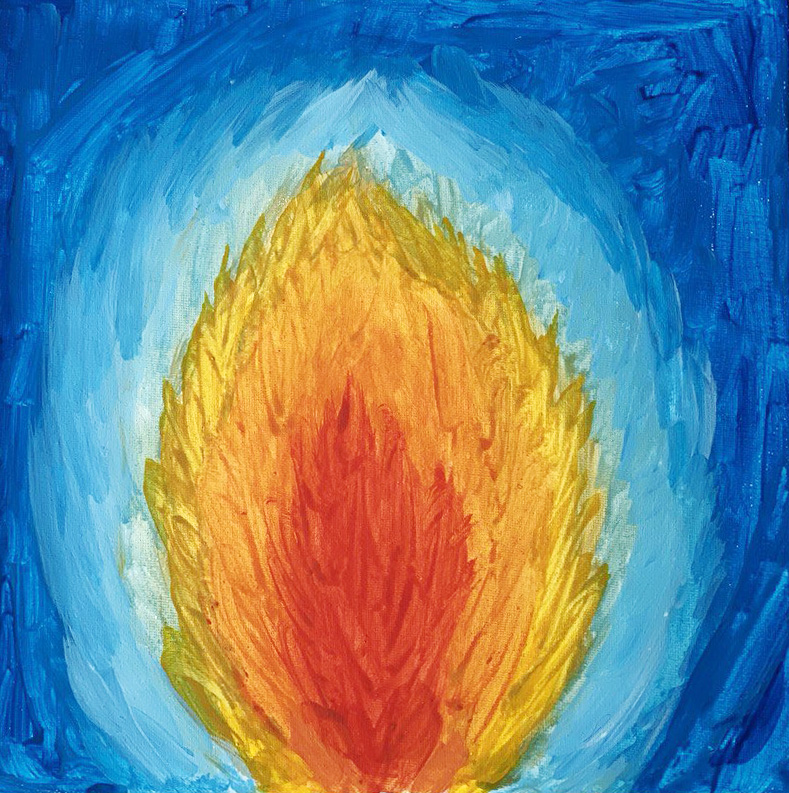 Another thing that struck me was that only God can give me true joy. I realised that one of the main reasons why I was still reluctant and unable to give up some of my sins was because the majority of the joy in my life was derived from these things. I felt that God was trying to take everything that made me happy and the things that I liked away from me. Through the rules that I started to institute on myself to turn away from sin, I subconsciously thought that God was against me. It was only through the aforementioned session, that I realise that true joy comes from God and that He will bring me on an adventure in my life. This opened my eyes, knowing that my heart would only be truly filled with joy by Him and Him only, because no matter how much temporary pleasure sin can bring me, it doesn’t last, and only makes me go back to it for more, like a drug. But the joy that God promises and gives to me is eternal and much more fulfilling. And through prayer and conversations with people after that, it was revealed to me that it was okay for me to grapple with sin. I was so ready to give up my sin for God, but I also realised that putting action to thought and continuously unlearning something is very hard. When I rely on myself to battle the temptations of sinning, I would fail most of the time. Instead of fighting on my own and relying on my own strength, I learned to lift these battles to God and let Him fight for me.

When God sees your desire and battles against sin, He will be very pleased with you, and He will also give you strength, and God’s strength overcomes everything. When you choose to walk on this journey with God, there will be times when you will fall. But Jesus picks you up, and will walk with you through your battles and struggles. I think as humans, we all want love and I sought sin to fill that hole in my heart because I didn’t know any better. However, when I allowed God to walk with me through my battles, God’s eternal love filled my heart fully. A quote from a poem by Father Pedro Arrupe says: Fall in love, stay in love, and it will decide everything. Everyday, He stretches out His hand to you. He is waiting for you to take it today and for the rest of your life. Will you take his hand today?